The following story is part 3 of 3

As she came down from her orgasm he pulled me forward so I could suck his dick and as he began to fuck my face T played with my clit.  Finally he said he was ready to really fuck me and he got me on the edge of the bed on my back and putting my legs on his chest, my feet on his shoulders, he slid his cock into my ass and fucked it hard and fast until he exploded into the condom inside of me.

The following story is part 2 of 3

I had her lay down face down on the bed spread eagle.

My friend and I secured her tightly to the bed frame and started to play with her body.  He knelt near her head and she turned her face to suck his dick as I played with her butt cheeks and lick her asshole.

When she was obviously red and sore in addition to her pleas for me to stop I changed from the belt to a horse hair whip and whipped her with it from shoulders to heels.  Again she started crying for me to stop.  He grabbed the whip from my hands and said it seemed soft to him and sensually ran the horse hair up and down the back of her body while I grabbed a flogger.

As the fucking became more intense I wrapped my arm around her throat and with her neck in the crook of my elbow I started applying pressure telling her what a good whore she was to be taking such a rough fucking.  There were a couple of times that she got close to passing out and I could see by the look in her eye that she was deep in subspace.

The following story is part 1 of 3

I had the most intense session the other day!

I have one friend who is extremely dominant.  He found me through my other site – www.LasVegasMasseuse.com – which is primarily focused on pleasure and not necessarily power exchange.  While I am on the dominant side of the spectrum he is intrinsically more in control of the situation (with my consent, of course) and I have had a few interesting experiences with him one-on-one where he has played with me, teased me not giving me penetration when I wanted it, making me play with myself until I cum while I suck his dick… you get the picture.  Very hot.  In fact, I have entered sub-space with him and it is very strange to let go completely.  I’m totally not used to it.  In fact, in hind sight it’s scared me a bit since I think it’s important for me to be in control during my sessions.  Luckily we’ve built a rapport and I do trust him to uphold our boundaries while we are in session.

He’s seen my friend T who works with me and identifies as more submissive when he’s come over for sessions.  He’s talked for a long time about having both of us together.  It finally happened!  And it couldn’t have been better timing – I just got a new bed with a headboard and footboard that are PERFECT for binding a person down!

I got on my knees as soon as we were in the room to take his cock deep into my throat.  T stood behind me watching as I worshiped his cock.  I think she was kind of surprised because I was taking such a submissive role.  Then he told her to get on her knees and walked over and started 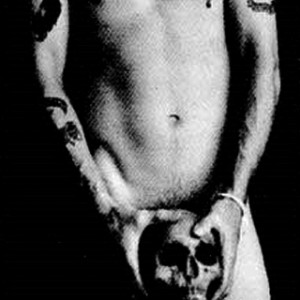 skull fucking her to the point of gagging and even made her pee her pants.  When she got up to get cleaned up he turned around to fuck my mouth some more.  T returned and getting on her knees behind him she started to lick his ass and tongue his asshole.

I reached between his legs and played with her nipples and pussy.  She came around to the front and we gave him our signature double blow job where we put our faces nose to nose like we’re kissing and put our mouths around his cock with our lips touching above and below.  Keeping our lips and noses locked together we run our mouths up and down the shaft from base to head over and over slowly increasing speed with every stroke.  We did this until he was on the edge and made us stop.

We paused for water and T got the wrist and ankle restraints on.