Here are some pics of me from over the weekend. 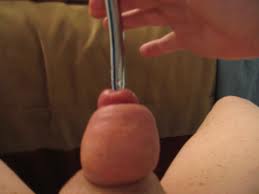 I had one beautiful cross-dressing sissy slut come into town for an over night session.Â  Telly, Pandora and I staged a kidnapping scene.Â  As instructed, she was waiting for me already completely dressed and wearing her chastity device.Â  Pandora and I went into her hotel room and bound and gagged her and walked her out through the casino.Â  We took her to the parking garage where telly was waiting with the hatch open in the back of the SUV.Â  We put her in and took off.

We took her to the Power Exchange where all three of us took turns having her service us orally.Â  It was the first time she’d had a real cock in her mouth!Â  Then I tied her down to the spanking horse.Â  We took turns spanking her.Â  I fingered her ass.Â  After awhile I moved her to the massage table and put on my strap on.Â  I fucked her so good.Â  She really liked it and fucked me back as hard as she could.Â  All of this while still in chastity!

Later that night when we finally got back to her room I took her chastity device off her and bound her – first with a tight chest harness and then rope handcuffs that I attached to the harness -and then had her lie on her back on the bed.Â  I got out my sounds and she was really freaked out but she submitted.Â  I used the sounds in her and finger fucked her until she had the most amazing climax! 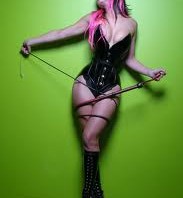 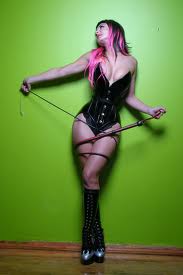 This is a response I put in to a conversation on MyRedBook.com – a place where I advertise and that has a forum.Â

Alrighty I have a lot of opinions about this thread but will stay as close to the point as possible.

I agree, a “stripper with a whip” can not only provide bad service but cause serious harm. I have utter respect for Rachel and Kayla because I have researched them and know their commitment to their craft.

I personally entered into providing fetish and kink services because at the time I was providing FBSM and was getting kink requests. I was a natural at it! Choking, spanking, ass play… I already took a dominant stance at the side of my table and when these requests were made I felt the thrill of the power exchange.

In January 2011 I began offering escort services. I love sex too much and wanted the extra money it would bring. I know that some people say I’m not a “real Dominatrix” because I allow and enjoy mutual pleasure and physical intimacy with my clients/subs. What I’ve found is that there is a strong desire for that in the market place – someone who is a little softer and offering kink/fetish services in a sexual/sensual way. Not all clients want it… and that’s find. That’s also the difference between being a pro-Dom and a lifestyle Dom (for me) – As a pro I cater to their fetish for their time with me versus doing what I like and what gets me off (only) because it is a finite amount of time.

As for offering submissive services – My girlfriend telly advertises those as well as escort and sometimes body rubs. She is a masochist and we’ve basically set some ground rules and such for how she deals with her Dom clients. If they ask for something including blindfolds and/or bondage then they have to hire both of us for the first session so there can be another pair of eyes in the room. They have a safe word and she knows how to express her limits. She has never had a problem.