I must be honest, when I got this request I was ready to give it my best shot (so to speak) and see if I liked it even though I didn’t LOVE the idea of it.Â  I know I’m very intuitive and would be able to make him feel used no matter what. 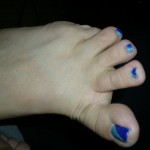 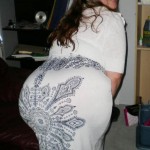 The truth is, I will use you as much as I can.Â  I know I can be full of piss for you but gas etc. is a little tougher to guarantee.Â  If more than gas happens I will see how I feel about it.Â  I don’t like the thought of it but things are different in the moment.

So we had out appointment last night and it was really amazing.Â  Whenever I give golden showers I have to visualize it and get over whatever level of arousal I’m experiencing to be able to pee.Â  This was keeping that level of focus for almost an entire hour.Â  Of course, we started out with the foot bath and face fucking (my feet, his face) but then we moved to the bed.Â  I was chugging water the whole time because I know it helps me to go if I’m full.

What made it so pleasurable is that he consistently worked his tongue the entire time as well.Â  I laid on him in the 69 position, put a pillow over his groin, read a magazine and drank water.Â  I wasn’t able to really piss like I do on the toilet due to being highly aroused but there was a pretty consistent trickle.Â  And that is where the intimacy came from, the fluid moving from my body to his.Â  I could feel it when he swallowed.